Tips for Saving Water in the Bathroom

1. Repair Leaks
This might seem an obvious one but it is an easy one. The wasted water from a dripping tap or constantly running toilet can add up.
A leaking tap can often be repaired simply by replacing the washer, while a good test to see if the toilet is leaking is to put some food dye in the cistern and check to see if any of the coloured water ends up in the bowl. 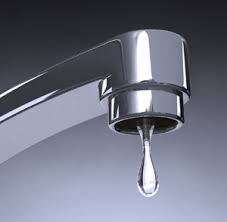 The toilet is the biggest culprit when identifying where the most water is used in a home.
An older toilet uses as much as 9 litres of water per flush. You could consider replacing your toilet with a dual flush toilet, which allows the user to decide if a half or a full flush is needed. You can choose between 6/4 Litre Dual Flush Water Saving WC’s as well as ECO 4/2.5 Litre which even further reduce water consumption. 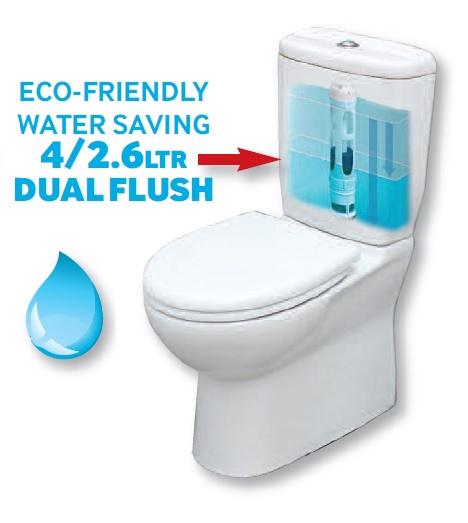 3. Shower instead of a bath

Rather than indulging in a bath as a matter of course why not regard it as a treat and limit the number of baths you take, taking a shower instead. A shower uses considerably less water than a bath.

If a bath is the only option, put the plug in before running the water. You can always adjust the temperature as the bath runs, rather than losing all that water down the drain.

Even though a shower is more water efficient than a bath, you can still save on your water consumption by placing a bucket under the shower head while waiting for the temperature to regulate, this water can be used again for watering plants or washing pavements.  You could even consider reducing the time you spend in the shower by a minute or 2, this has been known to save up to 500 litres of water in just one month.